If you want to explore the American Midwest, head to Illinois. The Land of Lincoln is home to teeming cities as well as rural farmland. You can relax on the shores of Lake Michigan, and you can also tour small villages with an abundance of history. Illinois is home to the Windy City, Abraham Lincoln and so much more. An overview of the best places to visit in Illinois. 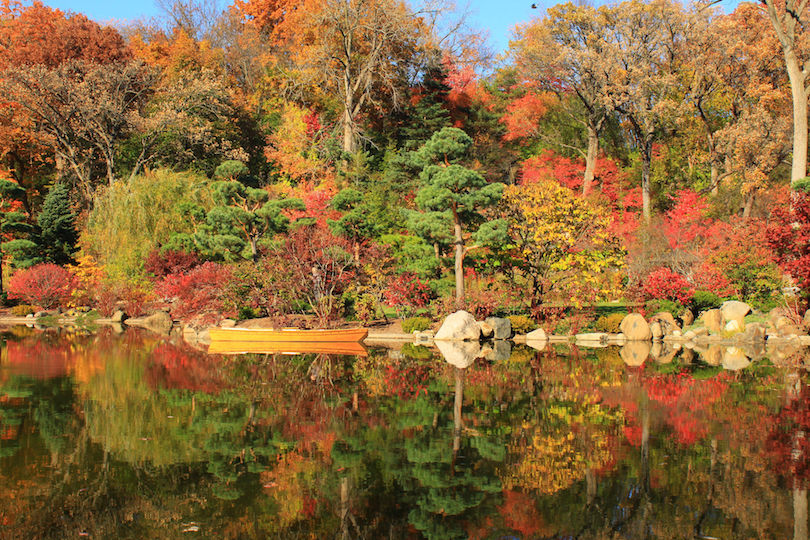 The third largest city in the state is Rockford, which is where you’ll find the Anderson Japanese Gardens. Many declare this site the best Japanese garden in the United States, and it is certainly an incredible place to spend the day. Only open between May and October, the seasonal gardens are perfectly maintained.

More than just plants, the landscaping is carefully and methodically planned, with natural water features, bridges, pagodas and lanterns helping to create a breathtaking masterpiece. Pick up a map from the Visitor Center, and be sure to snap a picture on the Cypress Bridge leading to the Garden of Reflection. 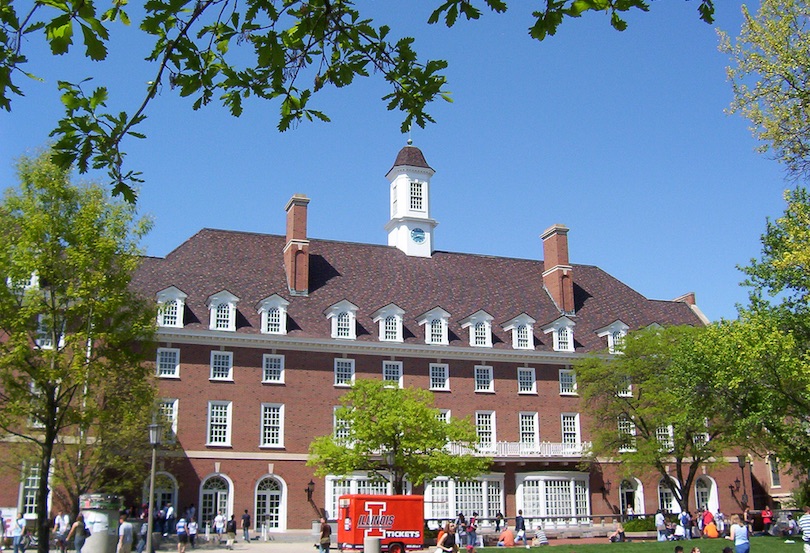 The main campus of the University of Illinois, the state’s largest university, is located in the city of Champaign-Urbana. This destination is a shining example of a college town. Technically, Champaign-Urbana is two distinct cities, but they blend together into one metropolis.

Embrace the spirit of higher education by checking out the Spurlock Museum, an eclectic collection of fascinating artifacts from across the globe. Whether you’re searching for some tasty coffee or you’re doing your weekly shopping, the Market at the Square is a lively, fun place to hang out, particularly on Saturdays. 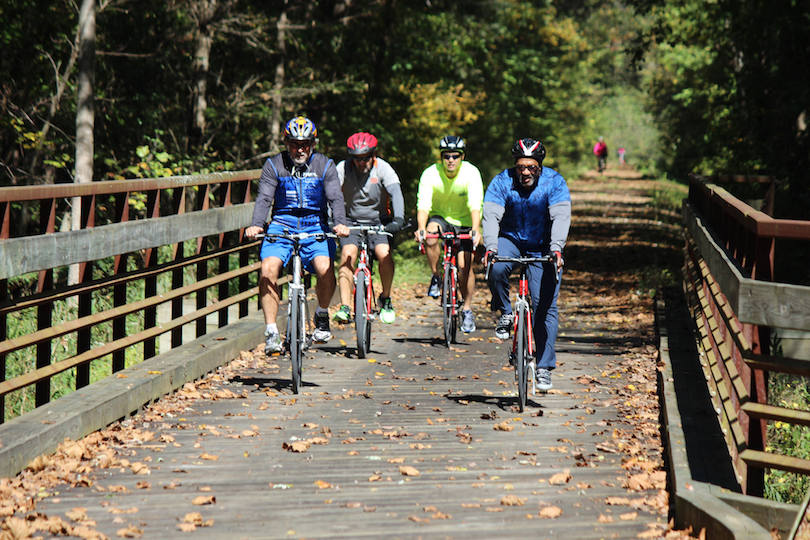 In the southern tip of the state is the Tunnel Hill State Trail, a lesser known but incredible destination in Illinois worth checking out. The trail is just under five miles, and it passes through a number of long tunnels.

Much of the area that the trail covers is reclaimed strip mines or agricultural land, and there is some terrific scenery. Whether you walk, jog or bike the crushed gravel trail, you will pass through gorgeous ravines and alongside streams and bluffs. To get to the trailhead, begin in the town of Vienna.

One of the most influential American Presidents is undoubtedly Abraham Lincoln. Whether you’re an American history buff or a fan of Lincoln’s presidency, pay homage to the great man with a visit to Lincoln’s New Salem.

This national landmark is a perfect reconstruction of the original New Salem, also in Illinois, where Lincoln lived between 1831 and 1837. At Lincoln’s New Salem, you can tour 23 open buildings. Many of them are log cabins, and many contain one or more guides wearing period costumes.

The furniture, outfits and even the horses are accurate to the time period, and this can be a fantastic way to get a feel for Lincoln’s role in Illinois. 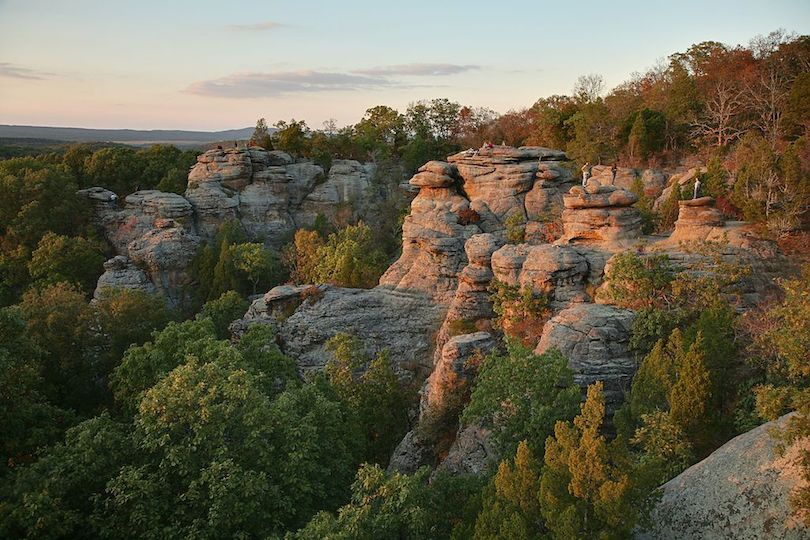 When the great outdoors is calling, answer it with a trip to Shawnee National Forest. Located in the southernmost part of the state, this national forest was once completely covered in the Laurentide Ice Sheet. Fortunately, that ice sheet melted millions of years ago, and the Shawnee National Forest is now perfect for hiking, camping, swimming and photography. 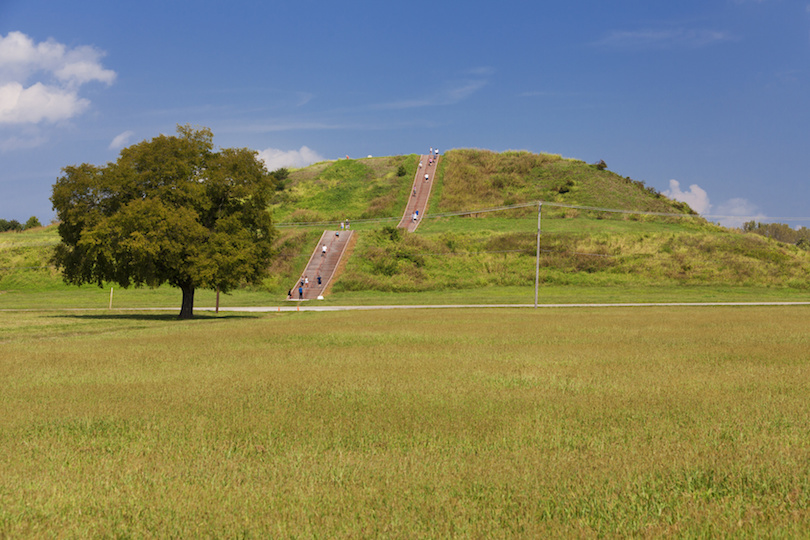 Just outside of St. Louis, on the other side of the state border, is Cahokia Mounds State Historic Park. The Cahokia Mounds are a fascinating landmark formed by American Indians who lived there more than 800 years ago. The mounds are believed to signify the largest pre-Columbian city north of Mexico.

There are 69 remaining mounds which are now covered in grass. The largest of these mounds is Monks Mound, and it is more than 100 feet tall. Another interesting part of Cahokia is Woodhenge, a large circle formed by 48 wooden posts that aligns with the solar calendar, which makes it very similar to Stonehenge in England. 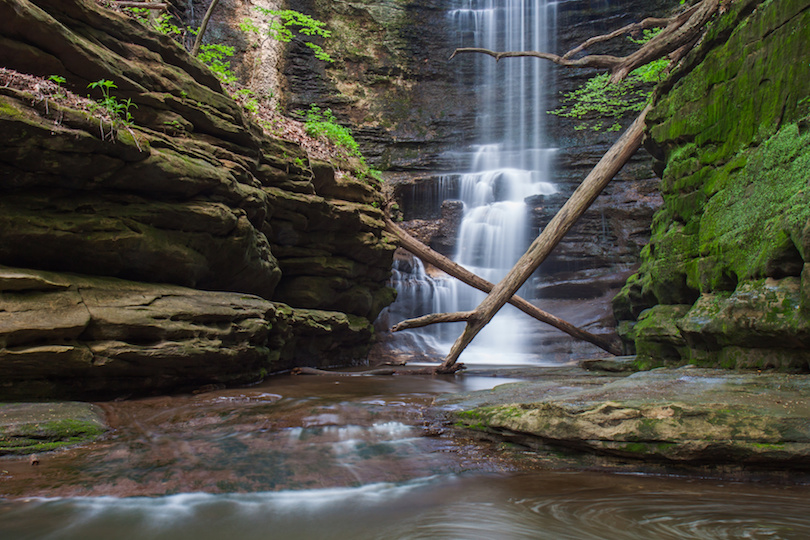 Some of the canyons, specifically Wildcat Canyon and French Canyon, even have waterfalls. Hiking is a great way to experience the Starved Rock State Park, and the best view in the park is accessible via a trail that leads to the Lover’s Leap Overlook. As you hike, be on the lookout for deer and migrating birds. 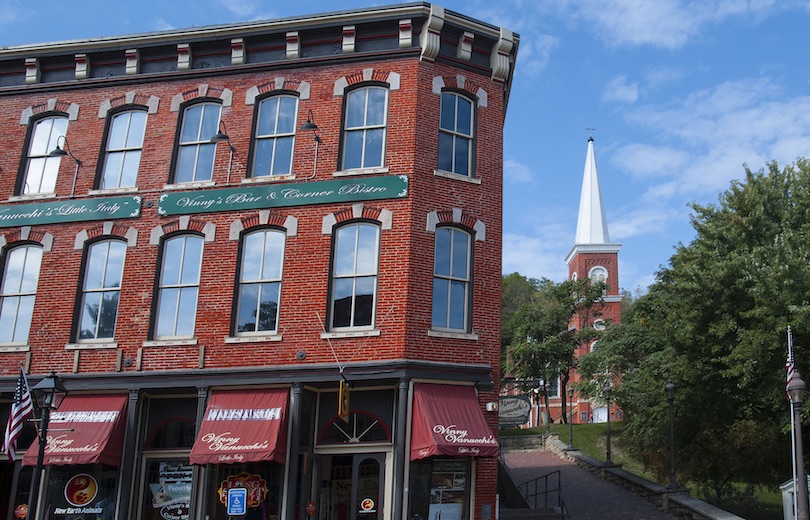 For history lovers, there are few places in Illinois more interesting than the city of Galena. Situated on the banks of the Mississippi River, Galena is known as the City That Time Forgot. In the 19th century, Galena was a major port, but now tourism is its major economy.

Strolling down Main Street is the best way to explore Galena, since countless mom and pop stores housed in 19th century buildings line the street. You can also use the pedestrian bridge to cross the Galena River or explore the home of former President Ulysses S. Grant, who lived there before the Civil War. 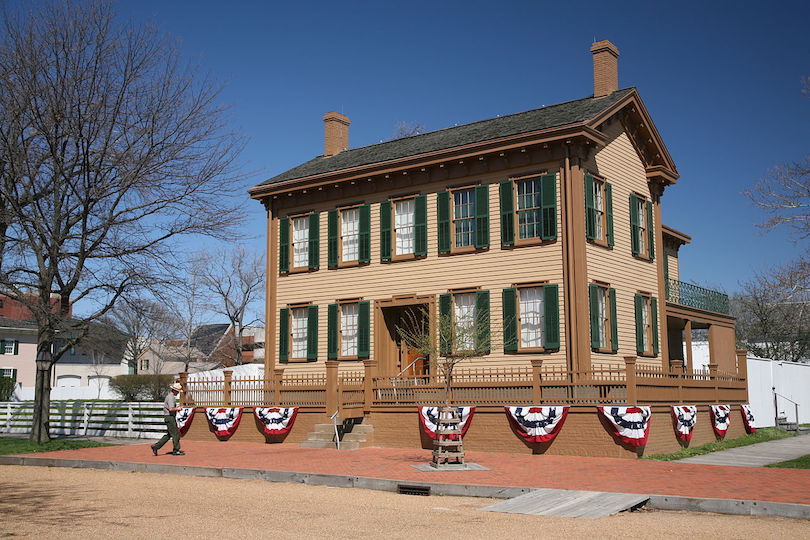 The capital of the state is Springfield, another city that once served as the home of Abraham Lincoln. This is the best place to visit in Illinois if you’re interested in all things Lincoln, and there is definitely no shortage of options.

There’s the Lincoln Home National Historic Site, where he lived for more than 17 years. Also worth visiting for a few hours is the extensive Abraham Lincoln Presidential Library & Museum. Many visitors also make time for the Oak Ridge Cemetery, one of the most visited cemeteries in the world, where Abraham Lincoln and most of his family were laid to rest. 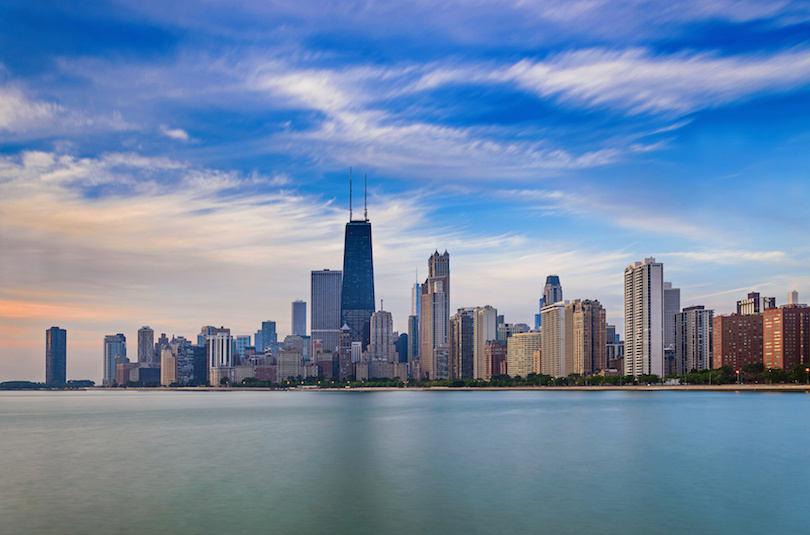 There is no question that Chicago is the most popular destination in Illinois – and even the entire Midwestern United States. This enormous city has so much to explore, but many of the highlights can be found in one area known best as the Loop. Millennium Park is located in the Loop, and it is there that you can spot the reflective sculpture known commonly as The Bean. Also in the Loop is the Chicago Institute of Art, arguably one of the top art museums in the country.

Chicago’s architecture and skyline is world famous, and a walking tour can show you landmarks such as the Aon Center, the curved Chase Tower and the mid-century Federal Center, which was constructed by Mies van der Rohe.